Welcome to The Left Shoe, a collection of interesting anecdotes and accompanying
photographs of the many left shoes I have found.

On my travels through England in '88, I discovered this shoe, which had been left in a rose garden in Hertfordshire. Immediately I was struck by the incredible similarity between this shoe and the roses surrounding it. Both are remarkable feats of construction on the part of their makers - roses having been created through centuries of selective breeding, and the shoe through centuries of style development and hours of hand craftmanship. 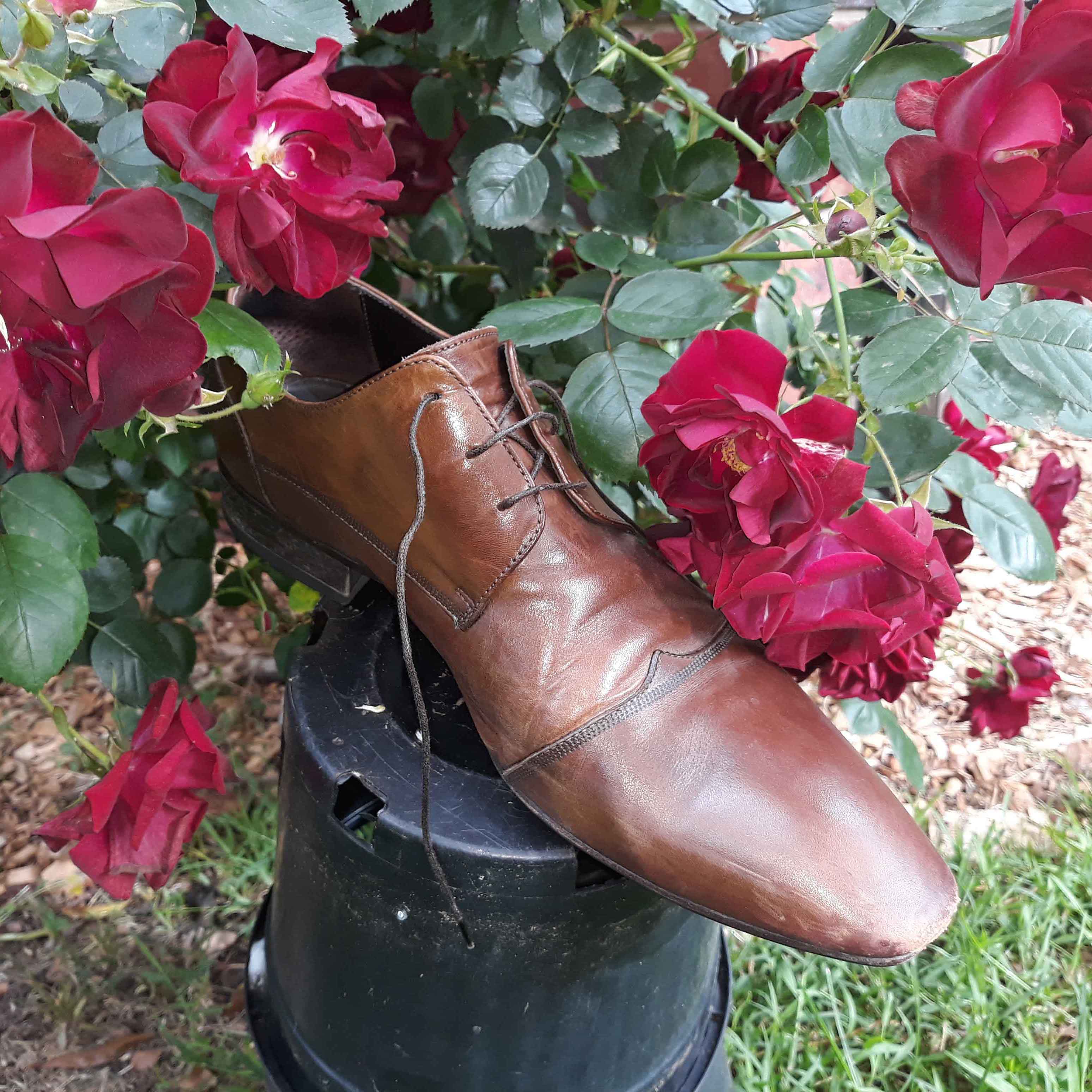 One fine afternoon in Torquay my wife was putting my daughter's shoes on and I captured this image of one of her shoes and our car. I thought to myself how amusing it was, to see the first object we use to aid our movement next to a car, one of the largest and most useful objects also used to aid our movement. Our car and my daughter's shoe, although they looked as different as two things could be, were, in fact, quite close to each other in purpose and intent. 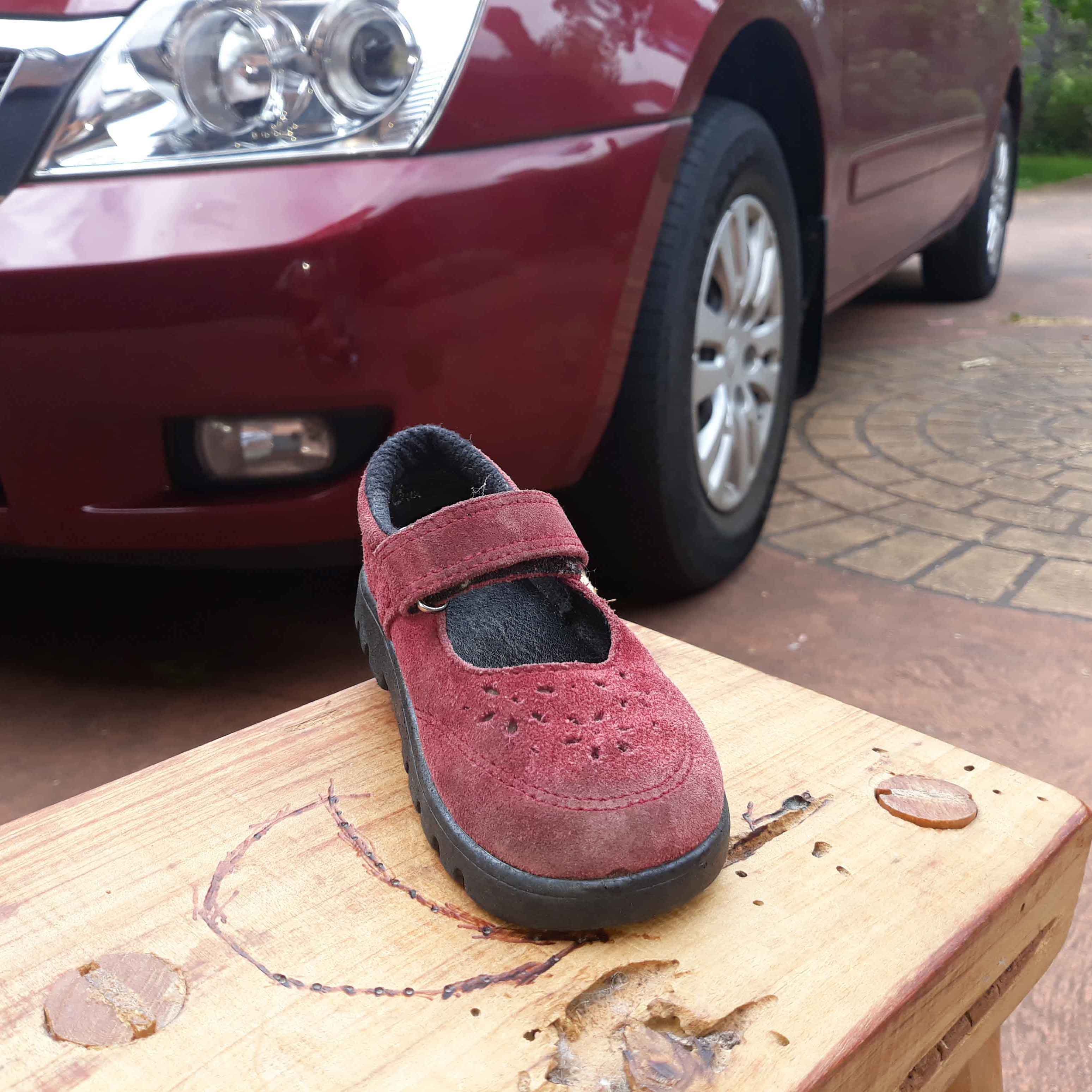 When I was in America staying with relatives I spotted this shoe that my cousin had left out on the workbench of his garage. The shoe, he told me, had broken and he was gluing it back together before his daughter's prom. And so I said to him: Geoff, it looks like you've got a whole set of power tools here - the drill, the sander and this shoe! As we laughed, I realised that there was more truth in my words than I knew. A high heel is a power tool. A girl walks into a room in heels like this and she owns that room. 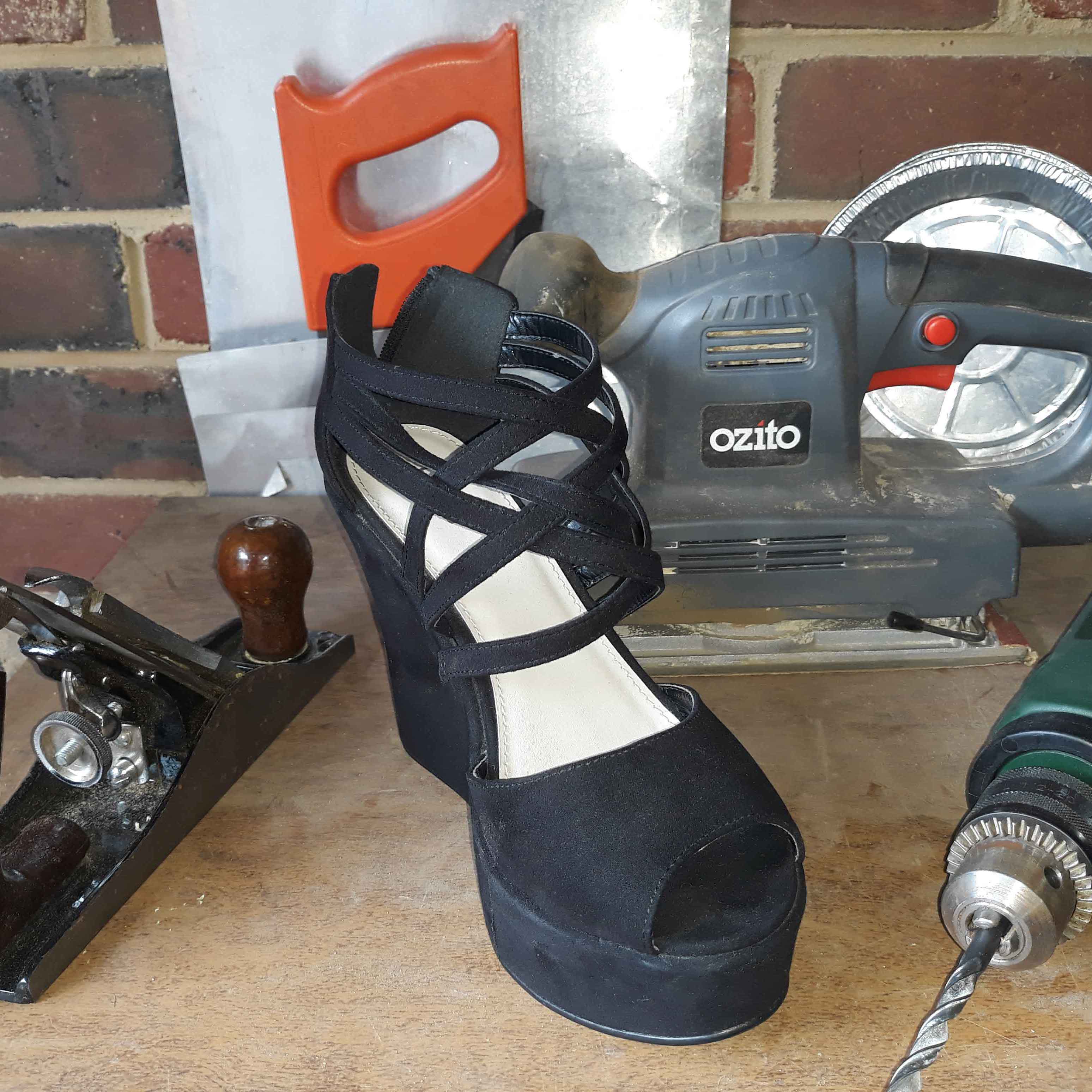 My son recently bought a pair of Converse shoes for about $100. This morning I woke up to find that his little sister had taken one of the shoes and was playing with it. I remember chuckling to myself, thinking that it was amusing that his sister thought of his shoe as a toy when that's essentially what popular fashion is! We spend so much money on objects that are not worth what we pay. I can get a shoe for less than $45 that would function far better as a shoe than a Converse shoe, but my son would not hear of it. 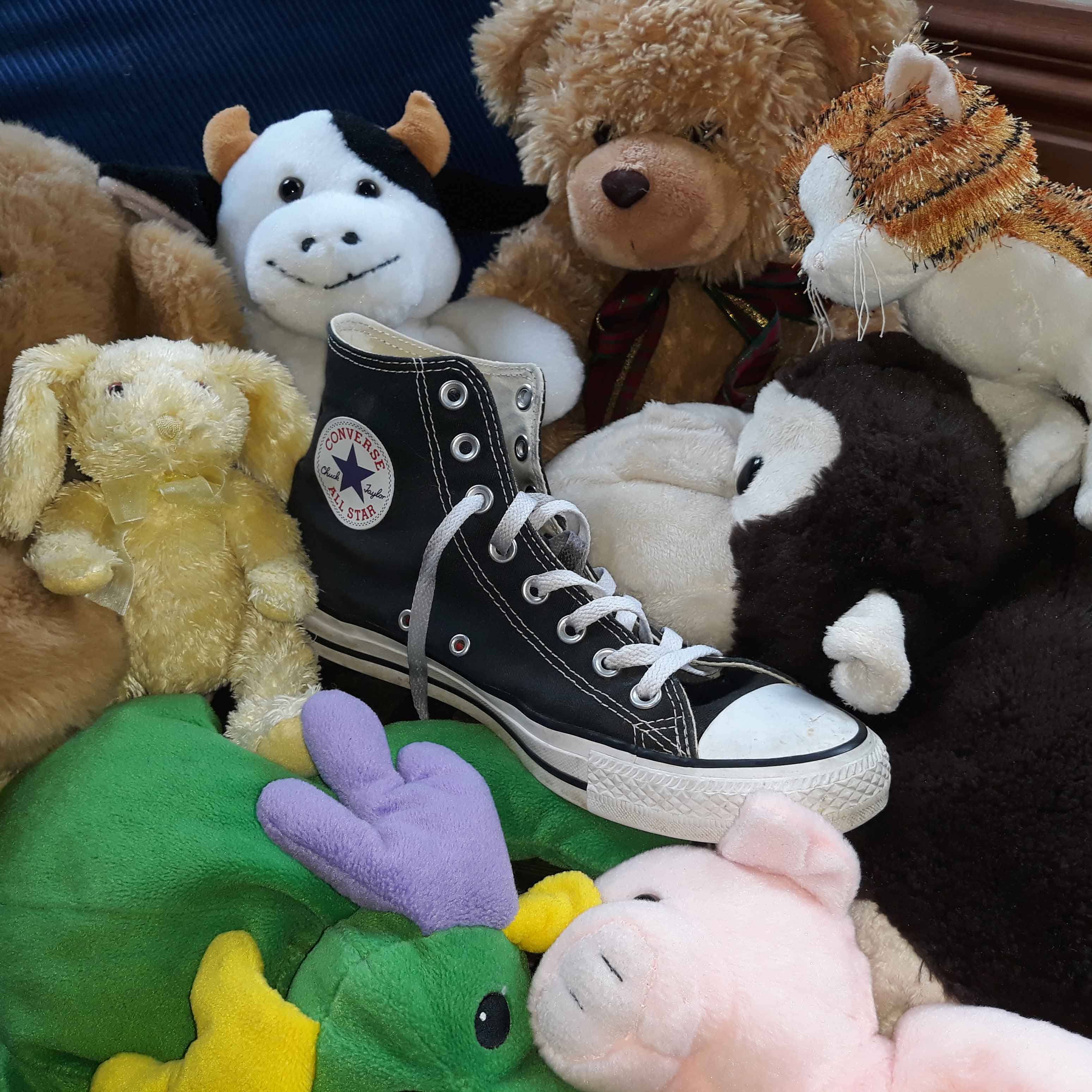 Old as the Trees

In 1995 I visited Australia and had a chance to walk through the Australian outback. At one point I discovered one of the oldest looking boots I had ever seen, left against a tree I judged to be about 100 years old. I thought that this was quite appropriate, two old things sitting right next to each other. I imagine that, after a life well lived, this shoe must feel quite at peace resting beneath the boughs of the old eucalyptus tree. 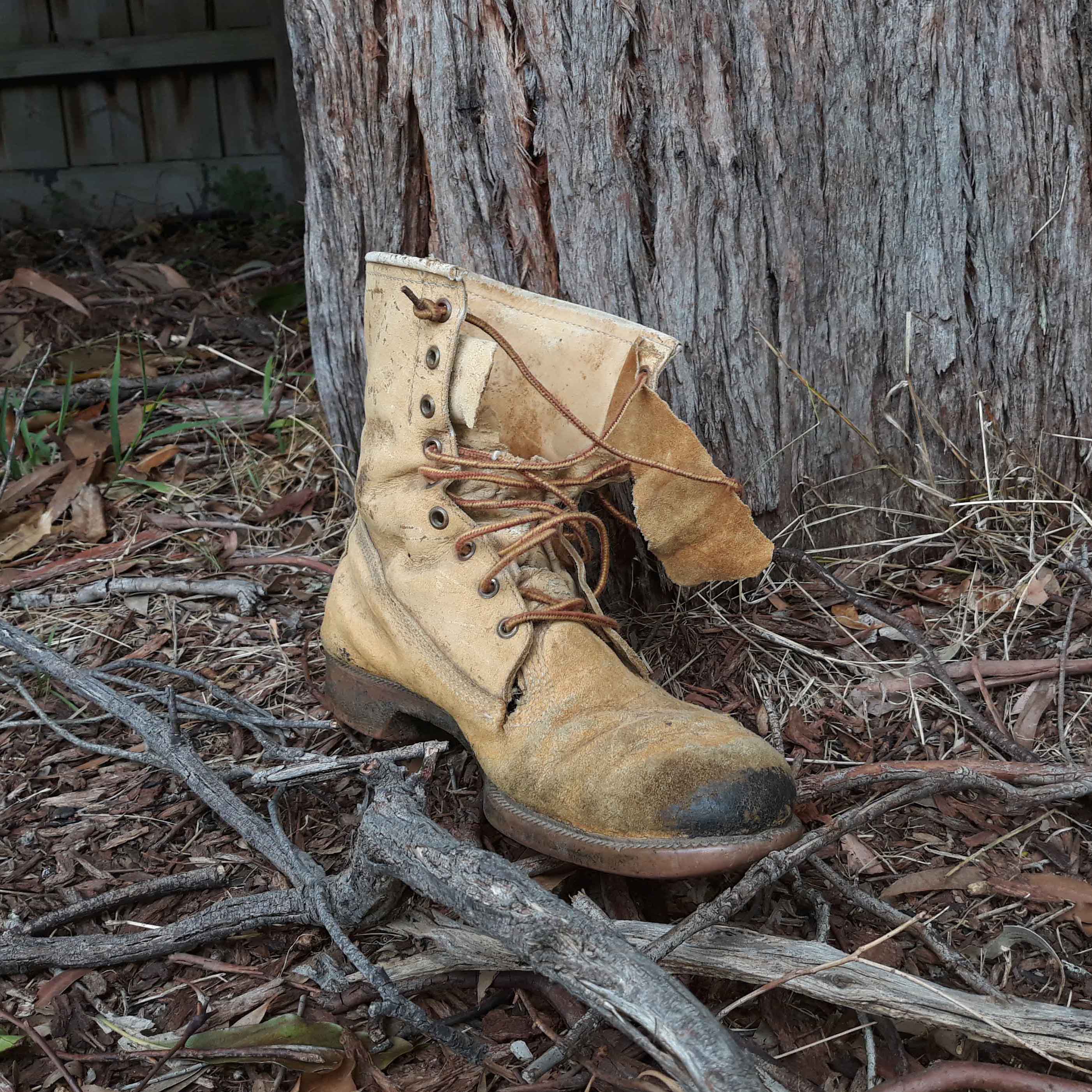 I was recently at a shoe sale in York and I found, much to my amusement, someone had placed a flipper on top of the pile of shoes! I laughed about this odd placement for a while, but then it struck me - if a flipper was not a shoe, what was it? It goes on your foot, much like a shoe. It is made out of a sturdy material - like a shoe. So what if you would never wear a flipper on land? There is nothing about the word "shoe" that stipulates that shoes are only shoes if used for movement on land. 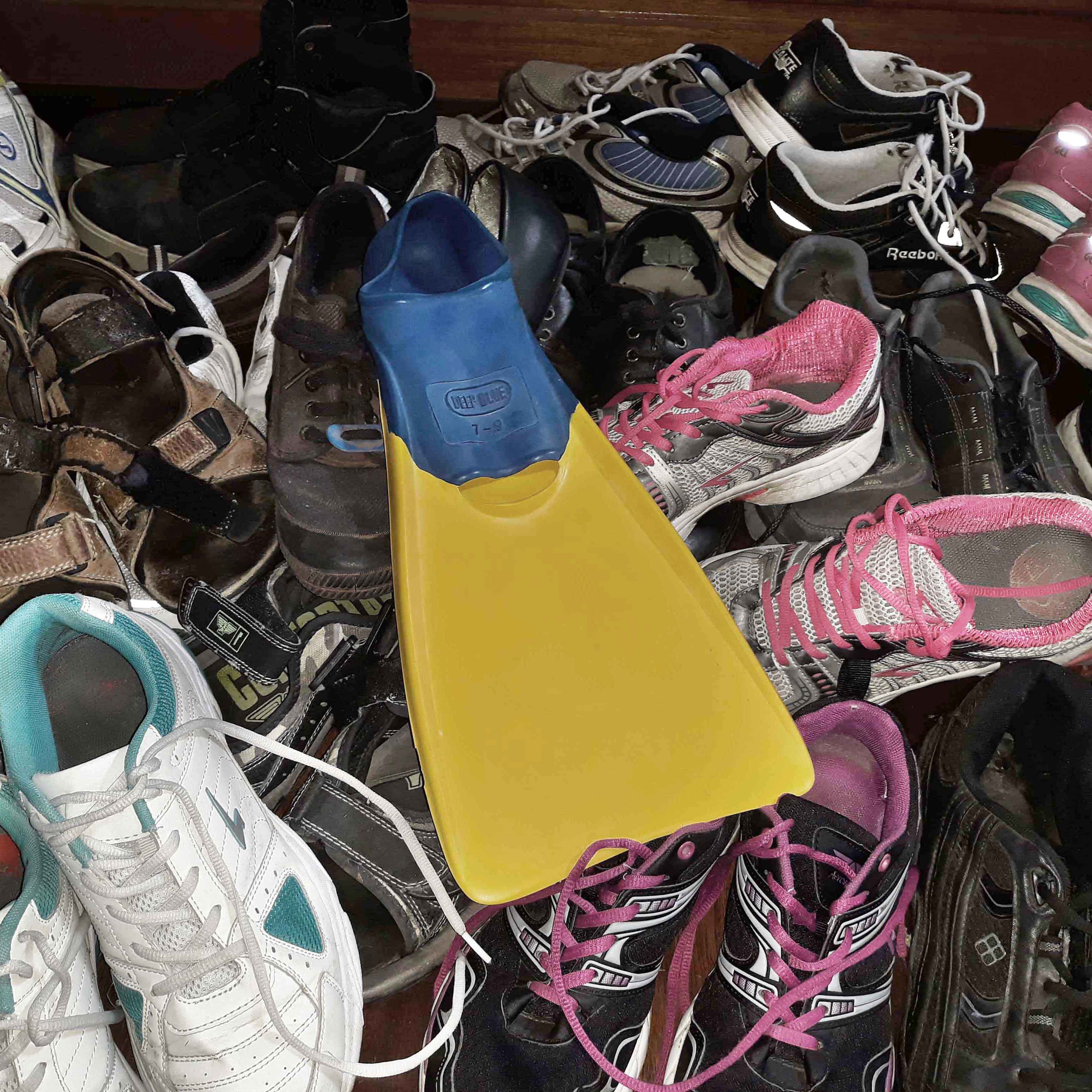 Boot in a Boot

When I was packing to go to Milan, my friend's wife popped open the boot of her car to put in the luggage, and to my surprise, there was a lone shoe sitting there! Neither of us could figure out how a single boot could have possibly gotten into her car boot. We just stared at each other and then began to laugh. "Boot in a boot!" I told her, through my chuckles. To this day, we still don't know how that boot got into her boot. 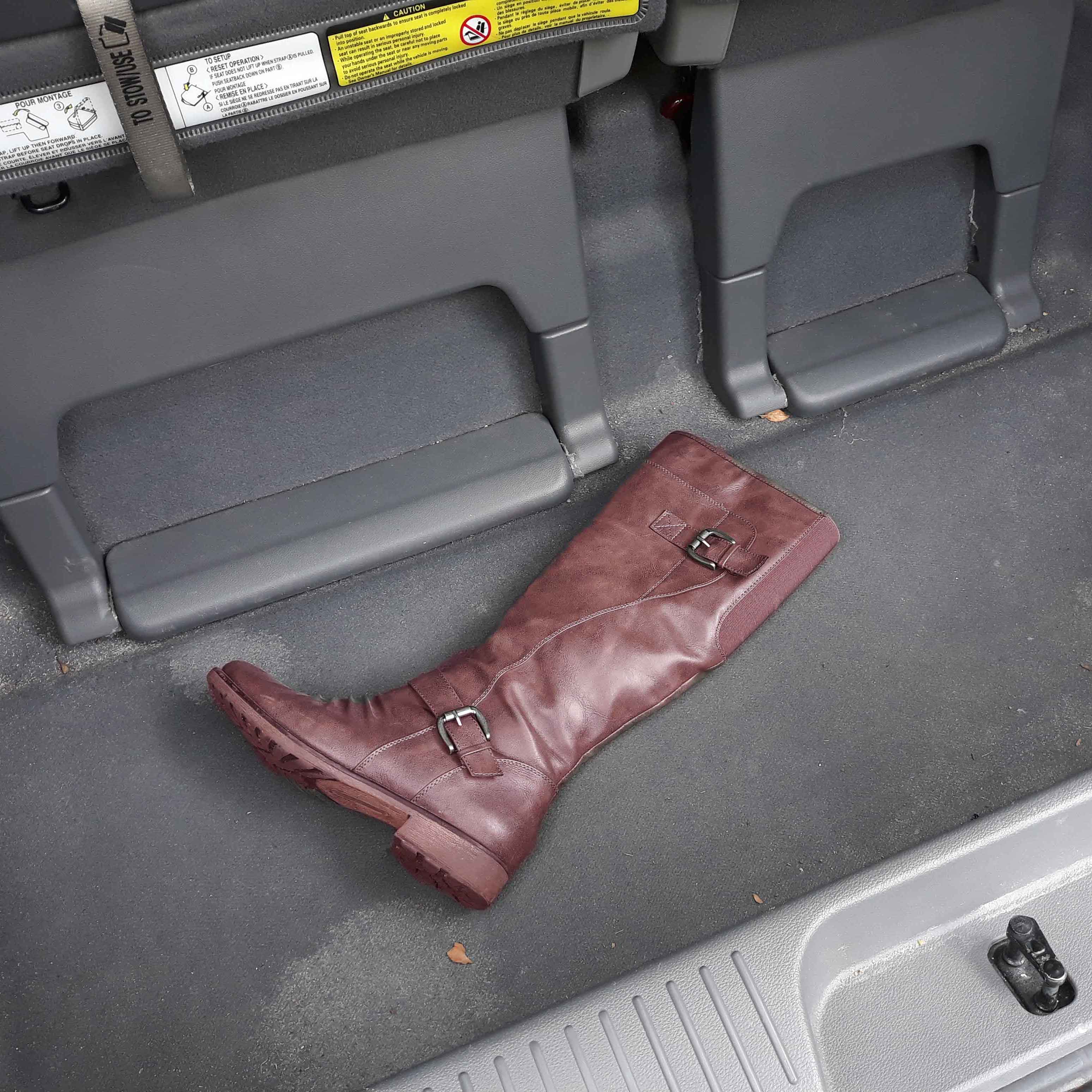 Probably one of the least shoe-like things I can think of is a computer. Computers are so ridiculously complicated, with so many uses and features. Throughout all time, a shoe has just been that - a shoe. For movement. Nothing else. But this morning when I woke up, I noticed that my wife had placed her running shoe in the study next to the computers because she had gotten an important phone call just as she was about to go for a run. And I thought to myself: A computer might not be anything like a shoe, but these two are both running! 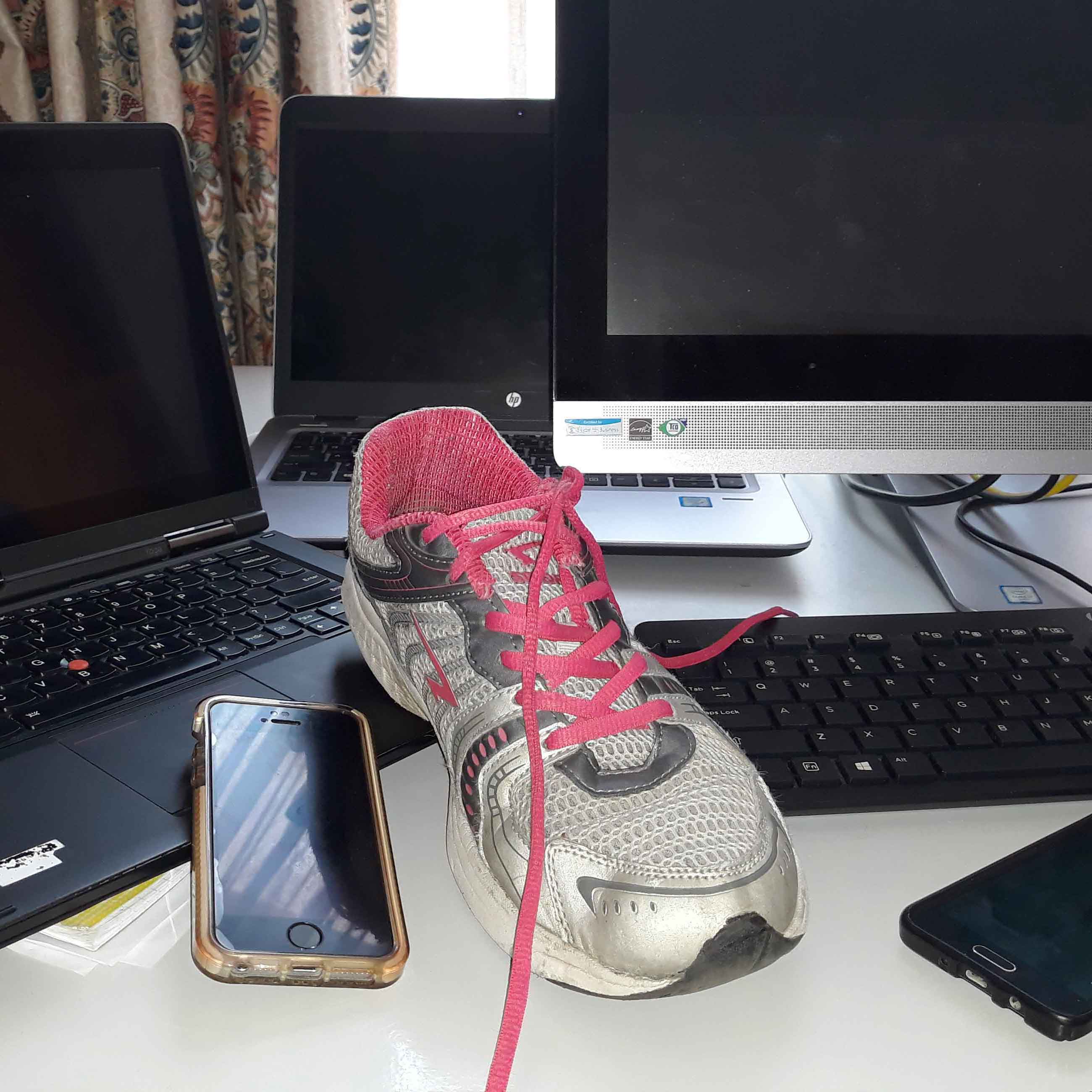 About the collection Owner

Hello, my name is Thaddeus Rosebud, I'm a photographer by trade and a shoemaker in my spare time. My whole life I have been interested in shoes, and I started this website as a way to share my thoughts about them and exhibit some of my photography work.